Easter Week in Murcia is a celebration of beauty, baroque and passion, with processions that express love, faith and joy.Each procession has its own identity that distinguishes it from the rest, making for a uniqueEaster Week, one of a kind in the world and a celebration that highlights the splendor of the city.

Visiting Murcia at Easter is the perfect occasion to watch the impressive processional images come to life and flood the streets, turning the city into an open-air museum. It is a unique opportunity to contemplate images that, during the rest of the year, remain inside churches and convent cloisters. 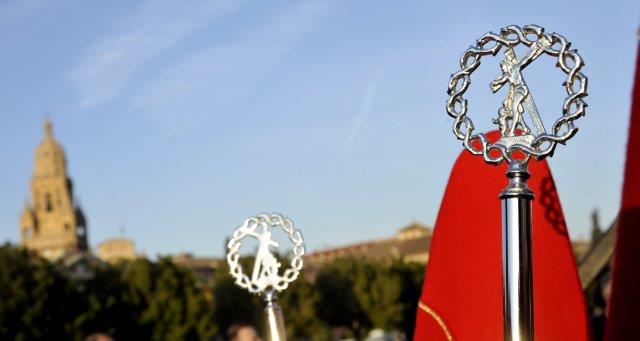 Carvings by the great Spanish Baroque sculptor, Franciso Salzillo, together with images by his father Nicolás Salzillo, his disciple Roque López and the sculptor Nicolás de Bussy fill the streets with beauty and realism, in addition to showing the Murcian imagery tradition that still persists to this day.

With carvings that date as far back as the 15th - early 16th centuries and the enormous emotion that some of them arouse and around which a whole series of devotional acts of great citizen participation take place, experiencing Easter Week in Murcia is a chance to engage all the senses with emotion, beauty, and devotion.

This quintessential Murcian festival is always celebrated on the first Tuesday after Easter, Easter Tuesday, and opens the Spring Festival cycle. It is a day of exaltation of the “Huerta” traditions, so closely linked to the history of the city itself.

The city on this day becomes an extension of the Huerta, in which tens of thousands of people of all ages take to the streets with “zaragüelles”, vests and “monteras” (Huerta hat), beautiful “refajos” (skirts), aprons and shawls , the regional outfit with its characteristic embroidered ornaments.

“Bando de la Huerta” is an explosion of color and joy in which the entire city and the “Huerta” participate, either by parading or as part of the audience.

In the most prominent squares and gardens, during the days preceding the parade, the “peñas huertanas” install the famous "barracas", which are inaugurated after the last procession on Easter Sunday and which remain open until the following Sunday, where the traditional Murcian gastronomy can be sampled, and folkloric performances are held.

In the effort not to forget our roots and past, the “Peñas of the Herta” have a leading role, with names as significant as La Seda, Tablacho, Esparteña, Zaragüel or Azahar among others. A floral offering to the Virgen of Fuensanta, patron saint of the city, starts the day in front of the Baroque façade of the Cathedral, which continues into the afternoon with a parade that runs through the city centre, handing out typical local products to spectators from the floats.

“Bando de la Huerta” has its children's version, which is usually celebrated on Easter Sunday in the afternoon and in which the little ones recreate the parade carried out by the grown ups, also with various floats and handing outsweets to spectators.

It is a unique and original celebration that takes place on the Saturday following Easter Sunday, another fundamental part of the city's Spring Festival. The “Entierro de la Sardina”, or “Burial of the Sardine” is a pagan festival that combines mythology, fire, and above all, an overflowing joy that invades every corner of Murcia.

The 'Sardineros Groups’ take charge of the festival organisation, and during thedays prior to the festival they extraordinarily animate the city with their parades. The Entierro de la Sardina receives tens of thousands of visitors from all over the Region and from many other provinces attracted by a festival that fills the city with joy and fun for all audiences, and that culminates with the burning of the sardine, under a spring sky lit up by an impressive firework display. 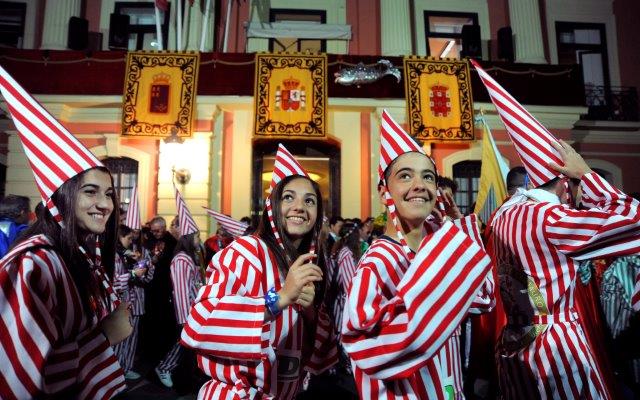 “Entierro de la Sardina” is accompanied by various festivities that take place during much of the Spring Festival week. One of the most striking, “El Testamento de la Sardina” or the “Testament of the Sardine”, takes place the night before the parade, and in it, "Doña Sardina" incarnated in a woman chosen by the Sardineros, reads the testament from the City Hall balcony, alluding humorously to events and characters in public life.

The origin of this festival in Murcia dates back to the 19th century and was celebrated before Lent. Over time its date of celebration has changed from carnival to the week of festivities in the city, but it has not lost its carnival-like character.

In the first fortnight of September the Fair is celebrated, granted by King Alfonso X ‘The Wise’, which hosts various festive events such as Fairground attractions, the Bullfighting Fair, the Cattle Fair, the Moors and Christians and The Fuensanta Pilgrimage.

During the days of the Fair, the site of “La Fica” is converted into a great fairground of attractions, as well as the different bullfighting festivals and traditional food from the “Huerta” that can also be sampledin the Paseo del Malecón in venues known as“Huertos".

The September Pilgrimage is, in addition to being historical, of massive proportions. It commemorates the solemn coronation of the Virgin, the patron saint of the city, the Virgen de la Fuensanta, is accompanied to her Sanctuary. This day is always a local holiday on the city's calendar, which, given the participation and popular acclaim, makes it one of the most important festive days in Murcia. 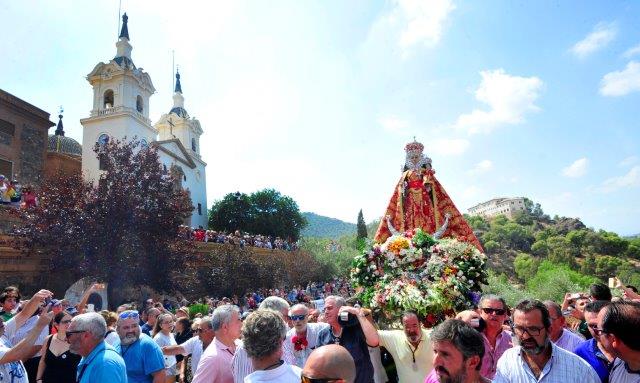 The Moors and Christians commemorates the founding of Murcia by the Arabs and the conquest of the city by Alfonso X ‘The Wise’. During the entire period of the Fair, camps (kábilas and mesnadas) are set up along Paseo del Malecón where you can go at night to have a drink. In addition, groups parade on several occasions with their hosts through the center of the city in striking clothes, with gunpowder and music, adding a touch of historical color to the September Fair.

The Moors and Christians festival of Murcia was conceived during the commemorative events of the 1,150 years of the Founding of Murcia. Two years later, in June 1983, the Festival Association was created and that same year, in September, the parades began.

Five were the founding groups of this Association: Mudéjares, Abderramán II, Ibn-Arabí, Aben-Mardenix, for the Moorish side; and, the Knights of the Temple, on the Christian side. 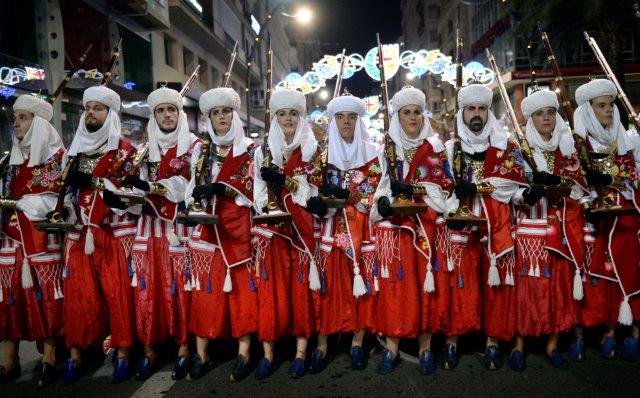 The Christmas period in Murcia fills the city with a multitude of events designed for family enjoyment, from workshops in museums, a Craft Fair, Nativity scenes in the squares, to a multitude of acts of religious origin, culminating in the Great Three Kings Parade.

On day of the Three Kings or “Epiphany”, old liturgical dramas are represented by the neighbours in some districts of Murcia, among which those of Churra and Patiño stand out.The Craft Fair is set up on Paseo Alfonso X and from Constitution Bridge it offers visitors the possibility of acquiring the most representative items of Murcian manufacturing, from sweets or cheeses to hand carved nativity scenes.

Murcia is also filled with nativity scenes in its squares and churches - the nativity scene tradition of this regionis of international fame -, markets are set up and the traditional Three Kings Parade is also celebrated, along with other Christmas events that bring joy to the holidays for locals and strangers. 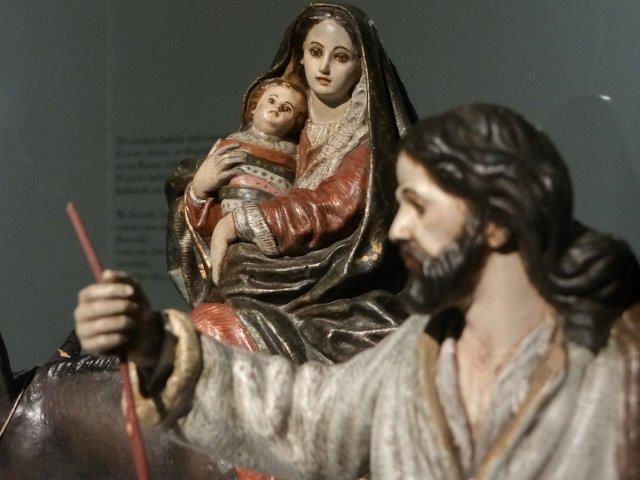 The City Council also sets up an extensive programme of activities for the younger audiences, which can be enjoyed free of charge in the main enclaves of the city.