With more than 150 years of history, the Romea Theatre is one of the most important cultural references in the city of Murcia. Located in the historic centre, the building was built in the second half of the 19th century, with the aim of joining the scenic and performing renovation which was already underway in the main Spanish cities. It also aimed to host the theatrical performances that were part of a long tradition in the capital of the Region.

Neoclassical in inspiration, the monumental façade of the theatrehas an eclectic style, in which modernist details such as the canopy and the wrought iron gates that adorn the entrance also appear. Three busts of great musicians: Beethoven, Mozart and Liszt, head the upper part of the façade, thus highlighting that this building is dedicated and devoted to cultural promotion.

The theatre, since its origins, has undergone various renovations as a resultof the fires suffered in the 19th century. Among the most recent restorations, that of 1985 stands out, in which the Romea Theatre was a pioneer in initiating a series of reforms that, later, were carried out in most other national theatres.

Since then, the Romea Theatre has maintained a stable programme and has been one of the most important centres of cultural activity in Murcia. After a temporary closure, the stage has reclaimed its place in the life of Murcian society, with excellent technical and ergonomic conditions that will allow the audience to fully enjoy all the possibilities offered by this historic setting. 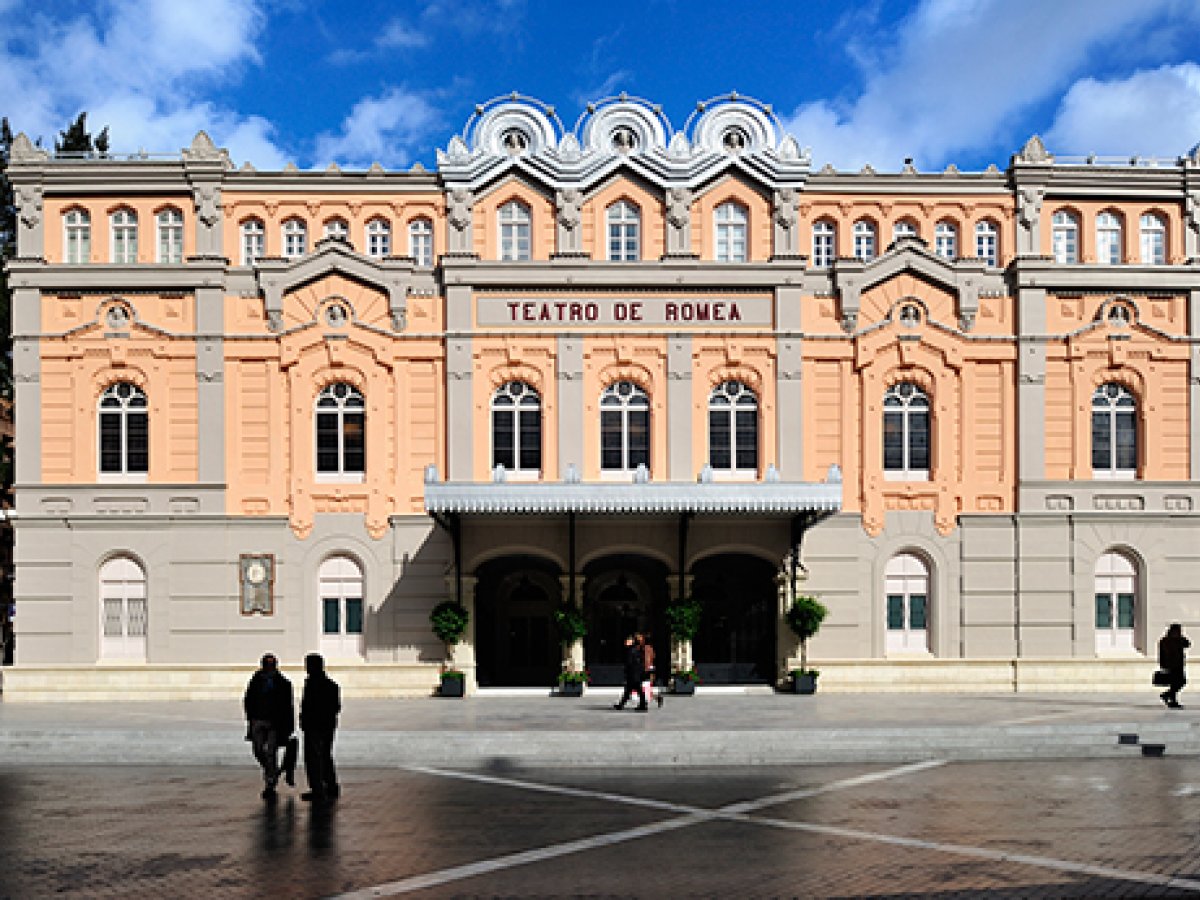