The Palace, located in Plaza Santa Eulaliain Murcia has become an open-air gallery,as its windows have been 'reused' as an exhibition area for young Murcian artists to make their work known, through murals that will change with each season and give colour to the day to day lives of those who walk through these streets of the city centre. To this purpose,four exhibitions will be held each year, coinciding with the change of season: spring, summer, autumn and winter exhibitions.

Since the inauguration of Santa Quiteria Palace exhibition space, within the ADN Urban Project for the revitalisation of the Santa Eulalia neighborhood, photography, painting and illustration exhibitions have been held. It should be remembered that this area of the city was chosen for this project because it is one of the most bohemian neighborhoods of Murcia, with the most cultural tradition. Artists as renowned as Francisco Salzillo, Nicolás Villacis, Alejandro Seiquer, Pedro Flores, Luis Garay and Ramón Gaya, among others, lived and had their workshops in its streets.

This space is conceived as a meeting place for artists, an open-air art area with the possibility of making us feel as if we were inside an art space while we walking around.

This property located on Santa Quiteria Street in Murcia is the first open-air exhibition space in the city, an initiative that also highlights a historic palace facade, making it iconic for the Santa Eulalia neighborhood and for the rest of the city of Murcia.

The open-air windows of the Santa Quiteria Palace are more than just an exhibition space, they are the axis on which the project 'Cuatro Estart-Ciones' is structured, a series of activities around the Santa Eulalia neighborhood in which art and culture are the main protagonists. 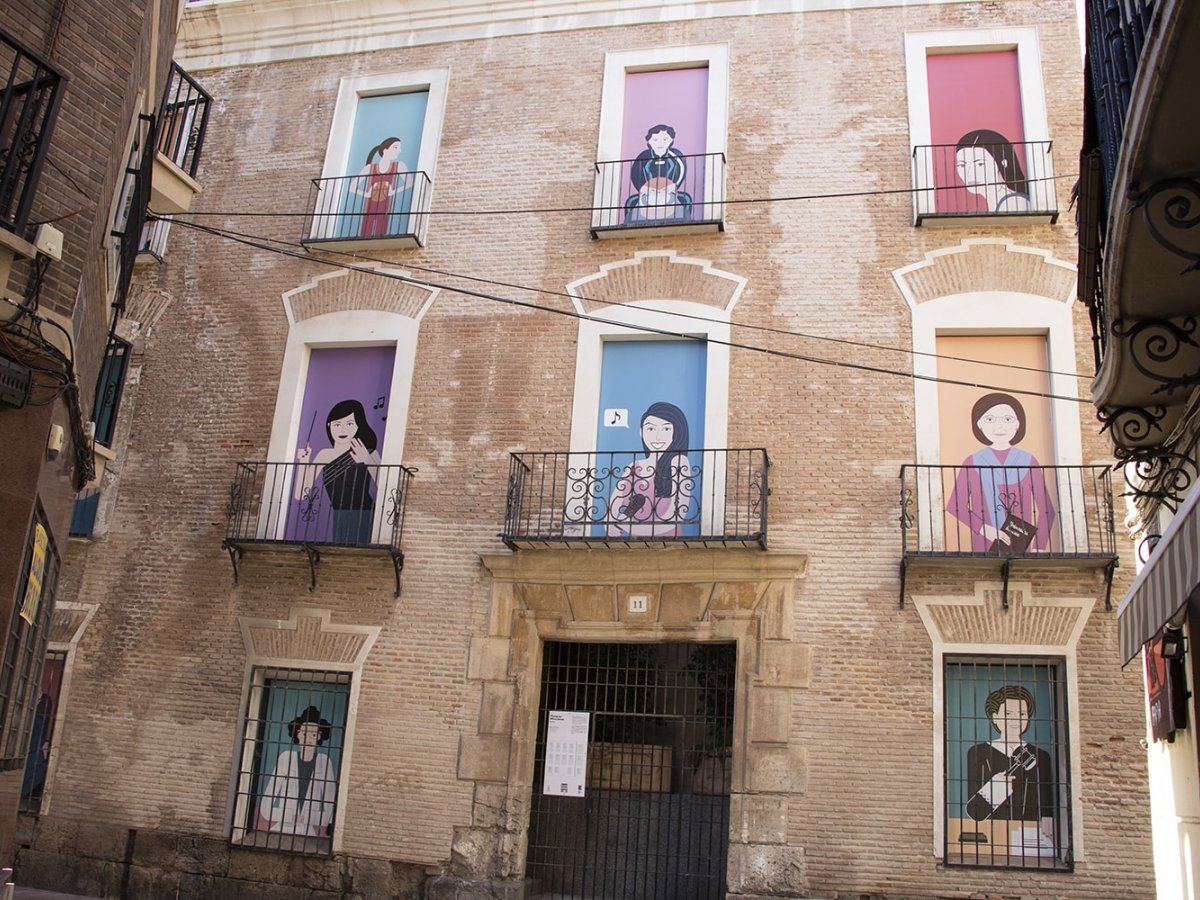